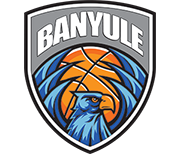 History of the club

I recently spoke to Kerrie (nee Harper) whose parents Iris & Bob, were involved in getting a basketball competition established at what we now know as the Macleod YMCA.   This competition evolved into the Macleod Basketball Club with teams playing in the EDJBA.

How did it all Start?

Kerrie had older brothers who played football and like many teenage boys in the area, they were looking for something to do during the summer months.   Circa 1975 -they started playing basketball at the Macleod stadium after school, predominantly on a Thursday night.  This progressed into an ‘ad hoc’ competition without uniforms or referees and became known as the Macleod Basketball Competition.  As popularity grew, Iris Harper made ‘bibs’ so that it was easier to determine who was on each team.

By 1976-77 4 x Teams were entered into the EDJBA and Iris Harper made a light and dark blue ‘striped’ uniform for the older teams and a white uniform for the younger teams.  Given ease of availability, Macleod Football Club shorts were worn.    At that time, nobody ‘owned’ their singlet and they were collected after each game by a parent who would wash them ready for the following week.  Given players were somewhat transient, this arrangement allowed for a uniform to be provided to boys who was available to play on Saturdays.    Kerrie’s dad (Bob) took on a coaching role and they sought help from a local called Lindsay Gaze.  Lindsay ran coaching clinics for the interested parents with a young Andrew helping on the sidelines.   Inspired by their teenage boys and to improve their knowledge of the game, a men’s competition was organised and played after the teenagers on a Thursday night.   The men’s team was known as the Manassa Maulers and wore yellow singlets.  The inspiration for this name is no doubt linked to the legendary boxer Jack Dempsey (aka The Manassa Mauler) with some additional reference to Phil Manassa who was a gusty, determined utility player for the Collinwood Football club in that era.

Kerrie Harper started playing in the EDJBA competition at ~7-8 years of age and can remember the girls wearing a dark blue singlet with ‘netball style’ bloomers.   At this time (circa 1977) 11–12-year-old players were expected to either learn how to coach or referee.   This arrangement enabled the club to grow and support the increasing numbers of young people interested in participating in the EDJBA competition.

As with all community sport, club funding was an ongoing issue.  Money was needed to subsidise team registration costs, coaching and referee courses etc.  To this end, Iris Harper organised a deal with Converse (the sporting goods company) to be supplied with socks that could not be sold at retail outlets i.e. factory seconds.  She set up a stall at what is now the Macleod YMCA on Saturday mornings and sold the socks to families coming to play in the EDJBA competition (and anyone else who came to the YMCA at that time).    She started with a box of 50 pairs and was soon selling more socks than Converse could supply.

Over the years there were various upgrades the basketball court/stadium and a few name changes to the venue. When the YMCA took over venue management it was known as the Heidelberg YMCA and the basketball club became the Heidelberg Hawks. This aligned with the local council naming convention i.e. (Heidelberg Council only became Banyule Council in 1994).   The naming did confuse families from neighbouring clubs, given the basketball stadium was in Macleod and YMCA were also involved with what is now known as the Ivanhoe Aquatic Centre.

It reasonable to assume that the Heidelberg Hawks became the more familiar “Banyule Hawks” sometime after 1994.  When I first became involved in 2008 the club bank account was is in the name of ‘Banyule YMCA Basketball Club’ (and given the challenges of updating bank account names, it could still be?).

Most members will have only contemporary memories of the Banyule Hawks Basketball Club, however, it does have a long history and we owe a debt of gratitude to the Harper family and many others who helped develop the club to where it is today. 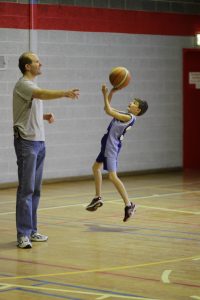 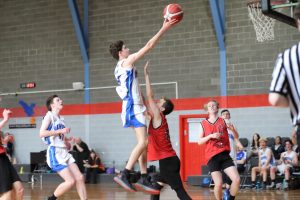